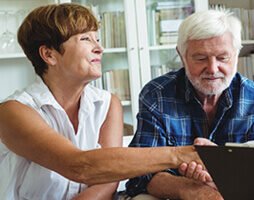 It’s not just how much money you save, it’s how much you’re able to pass on to your heirs. With the correct strategy, you’ll preserve your wealth. 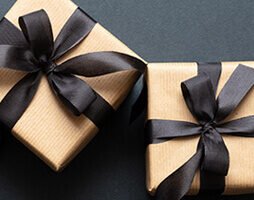 From managing your estate taxes to minimizing your gift taxes, we’re pros at helping you use tax planning to manage your money wisely. 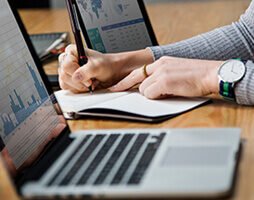 The best way to save money on your business taxes? Effective tax strategy and planning. Let us show you how you can maximize your profits.

In 2021, California changed the way it taxes real property transfers. That new law, called Proposition 19 (“Prop 19”), virtually eliminates the parent-child exclusion that was in effect for over 30 years. No group has yet succeeded in getting another initiative on the ballet to reverse this change. Does that mean the parent-child exclusion is gone for good? I think not, but it may be another year before we see changes.

History of the Parent-Child Exclusion

In 1978, California adopted Proposition 13 (“Prop 13”) to slow the rate at which property taxes were rising. The initial goal was to prevent rising property taxes from forcing older adults out of their homes during a period of rapidly rising home values.
Property taxes are imposed whenever there is a “change in ownership.” Under Prop 13, property taxes are imposed at a rate of one percent (1.0%) of the assessed value when the property is transferred, and is in addition to any special assessments that may apply. After the first year, the taxes can be increased by no more than two percent (2.0%) per year. The result of Prop 13 was that neighbors in identically valued homes could pay widely different property taxes depending on how long they had owned the property.

Proposition 58 added the parent-child exclusion most people think of when they hear “Prop 13”. Adopted in 1986, it shielded some transfers of real property between parents and children from a reassessment. Each parent or child was permitted to transfer a personal residence (regardless of the value) plus other real property with an assessed value of up to $1 million without triggering a property tax reassessment. Coupled with the slow tax increases in Prop 13, people were able to transfer significant value of real property to lower generations without a large increase in property taxes.

Finally, Proposition 196 was adopted in 1996, allowing transfers to grandchildren without a reassessment so long as the grandchild’s parent was deceased.

Prop 19 made several changes to property tax reassessments, not all of them bad for property owners. First, it permits those over age 55 to move the property tax basis from their current home to a new one anywhere in the state, not just to Counties that participated in the program. It also improves options for people whose homes are lost in fires since replacement properties can be more expensive than the previous home. If the value of the replacement home is greater than the former home, the basis in the new property will be a combination of the old basis plus the difference in value.

The other thing it took away was the $1 million “other property” parent-child exclusion. As a result of these changes, few homeowners can now transfer a home to their children without the property tax increase. It is anticipated that properties that have been in families for extended periods will be reassessed and many families will be forced to sell them due to the increased tax burden.

What Can You Do?

Because Prop 19 was a constitutional amendment, it will take another such amendment to reverse it. Although several proposed propositions failed to gain enough signatures in 2021 or 2022 to be added to the ballot, it appears likely another attempt will be made in 2023. You can sign a petition. You can also contact your representatives in Sacramento and ask them to introduce a bill that can be ratified on the ballot.

You can also be more suspicious of propositions. This one was advertised as helping seniors and fire victims, but failed to mention that it also affected every homeowner in a negative fashion.

Finally, be very careful of people selling a product to “fix” your property tax situation. Putting your personal residence into a limited liability company (as some have proposed) does not get around the new property tax reassessment, and creates many more issues for you (such as a duty to pay rent to the company and the need for the company to pay the annual $800 franchise tax). Planning for “other” real property is still possible, but should be done with great care to avoid triggering an early reassessment of the property taxes, or penalties and interest for mismanaged transfers.

If you have real property in California that you want to transfer to family members, I recommend you seek advice from an attorney experienced in dealing with real property and property taxes.